a bit of a slog 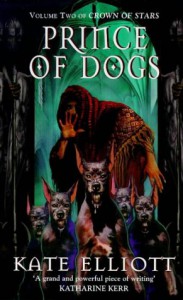 Sanglant, King Henry's bastard son is capitve of the Eika Bloodheart in the city of Gent, unknown to anyone.  Liath is now one of the King's Eagles, grieving over Sanglant and trying to avoid Hugh, while trying to understand her father's teachings and what it could mean.  Alain is now a Count's heir, is having visions of one of the Eika and the Lady of Battles appears to have a purpose for him.  Fifth Brother, one of the Eika, the least favoured of Bloodheart's sons is trying to raise an army and understand the visioins he is having of Alain.  Meanwhile Anna is trying to survive this broken world and keep safe.

It's a complicated world and you can see by the end that there are wheels within wheels and the story progresses, but I found it a bit of a slog.  Satisfied by the end but I wanted more.