worldbuilding makes for a slow start 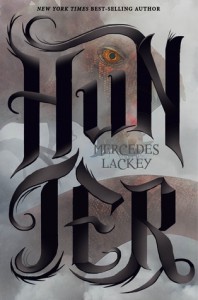 When you've read a lot of Mercedes Lackey you know some of the things to expect, an orphan, with secrets, and power. They find romance but it's not going to be easy and there are corrupt officials. This book has a lot of setup for the world and some geeky clothing details.

We first meet Joyeaux Charmand who is travelling to the city by train when it's attacked by beings from the otherworld. The barrier between our world and the otherworld has been damaged and now creatures from that otherworld attack. Hunters defend humanity from these creatures and Joyeaux is a Hunter. Citizens or Cits live in enclosed communities and watch reality TV with hunters beating the creatures; however things are not all how they seem and she has to try to fight those who would keep the status quo without examing patterns or problems.

Joy has some help in her uncle and his assistant who is a psychic and with whom romance begins to blossom.

It's pretty typical Mercedes Lackey, set in a more modern setting with TV and modern weapons rather than pre-industrial as usual. I found it very entertaining and I'm looking forward to reading book 2.