will have to continue with this. 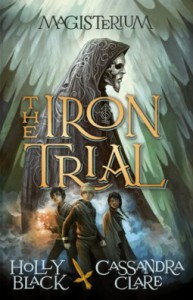 This asks for comparisons with other stories, with other writers but it wouldn't be fair.  Yes it's a boarding school but the reason Callum (or Call) doesn't want to go is because his father has told him terrible things about it and he believes his father, of course he does.  He tries to fail the entrance exam and fails with that, spectatularly.  He goes to the school mistrusting everyone, particularly the teachers.  As is common with magical schools they fail to educate the students in ordinary ways but manage to be mysterious in how they're teaching and why they have certain classes.  I suppose it's suitable that they live in caves and largely live on mushrooms and lichens (kept in the dark, fed...)

He doesn't make friends simply, but when he does they're loyal to him and he's loyal to them. The story does show how the magical can become ordinary and how the three main characters cope with the strangeness.

As their lives change they have so little real control over a lot of it that it makes them frustrated in trying to deal with all the new and all the politics that they're really not prepared for but it's interesting to compare it to real life and real schooling.

I enjoyed this and would recommend it, there's quite good variety of characters and people and the main character was injured as a child and this has long-term consequences to him but it's accepted as a thing.